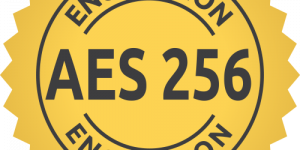 Shelleye engineering team develop AES256 feature in body worn camera A-Eye.256-bit AES encryption (Advance Encryption Standard) is an International standard which ensures data is encrypted/decrypted following this approved standard. It ensures high security and is adopted by the U.S. government and other intelligence organizations across the world.

With AES256 technology, all video in the body worn camera (BWC) has been encrypted. User has to view the video with a password and a special player from Shelleyes.

Go to Top
WhatsApp us